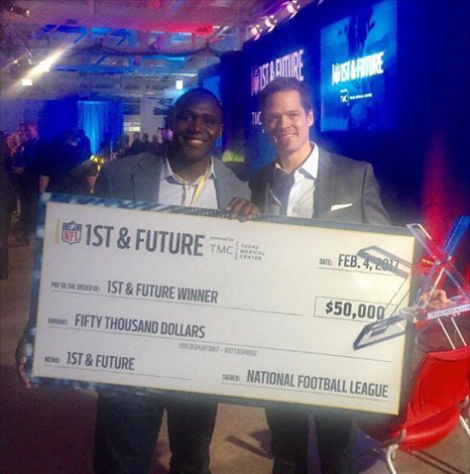 NFL “1st and Future” pitch competition has rewarded 3 start-ups working in the advancement of technology and athletes’ health.

VesaliuX President Dr. Bernard Harris was one of the panelists judging the startups.

Communicating with the Athlete: GoRoute

‘Virtual players’ — motorized tackling dummies — reduce the risk of getting injured while tackling during practice.

» Materials to Protect the Athlete: Windpact

A padding system that absorbs and disperses impact energy to improve the performance of helmets and other protective gear.

The other 6 startups participating were: