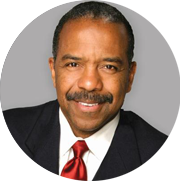 Dr. Harris is currently Chief Executive Officer and Managing Partner of Vesalius Ventures, Inc., a venture capital firm, that invest in early to mid stage Healthcare technologies and companies. As CEO, he was responsible for managing a portfolio of private assets of early and mid- stage venture investments and operating companies. Prior to Vesalius Ventures, Harris worked with Vanguard Ventures, a $500 million early-stage venture capital firm focused in life sciences, information technology and telecommunications. He led the company’s emerging VC accelerator in telemedicine for 6 years.

He is a member of the Board of Directors for U.S. Physical Therapy (Nasdaq: USPH), E-Cardio, Monebo Technologies, American Institute of Minimally Invasive Surgery (AIMIS) and the Space Agency. In addition, Dr. Harris serves as a Director of a number of investment funds, including The Endowment Fund, Salient Absolute Return Fund, Salient MLP & Energy Infrastructure Fund, Salient Midstream & MLP Fund and Salient MF Trust, with over $18 billion in assets under management (AUM); and Board of Trustees of Barings (Babson Capital Global Short Duration High Yield Fund and Babson Capital Funds Trust) with over $1 billion AUM.

Dr. Harris was at NASA for ten years, where he conducted research in musculoskeletal physiology and disuse osteoporosis. He conducted clinical investigations of space adaptation and developed in-flight medical devices to extend Astronaut stays in space. Selected into the Astronaut Corp in January 1990, Dr. Harris was a Mission Specialist on the Space Shuttle Columbia STS-55/Spacelab D-2 in 1993. As Payload Commander on Space Shuttle Discovery STS-63 in 1995, he served on the first flight of the joint Russian-American Space Program, becoming the “First African American to walk in Space”. A veteran astronaut for over twenty years, he has logged more than 438 hours and traveled over 7.2 million miles in space.

He has had over twenty years of business experience, in various leadership roles as CEO, President, and Chief Medical Officer of some of the leading companies and organizations in the nation. In addition, he is on the Board for the Houston Technology Center, the National Space Biomedical Research Institute, Board of Scientific Counselors, HealthConnect and the National Math and Science Initiative.

Dr. Harris is also the Founder of the Harris Foundation, a non-profit organization that supports math/science education and crime prevention programs for America’s youth. Lastly, he an Advsiory Board Member of the Texas Medical Center.

Dr. Harris is the recipient of numerous awards, including honorary doctorates from Stony Brook University (SUNY), Morehouse School of Medicine, New Jersey Institute of Technology (NJIT), Washington & Jefferson College, Worcester Polytechnic Institute, University of Hartford and Indiana Institute of Technology, NASA Space Flight Medal, NASA Award of Merit, a fellow of the American College of Physicians, and was the recipient of the 2000 Horatio Alger Award. He is the author of “Dream Walker: A Journey of Achievement and Inspiration.”